In 2022 1H, the global electric vehicle (BEV, PHEV) market marked a 63% YoY growth, recording 4.285 million units sold, despite difficult market circumstances such as the prolonged COVID-19 pandemic, the Russia-Ukraine war, and the increase of electric vehicle price influenced by a rise in raw material price.

Taking a closer look at different regions, China, propped up with the government policy to encourage the distribution of electric vehicles, recorded a high growth of 121% and took the lead in the global market. North America marked another high growth of 59% compared to the previous year based on the eco-friendly policy carried out by the Biden administration. On the other hand, Europe saw only a 5% YoY growth due to the conflicts between Russia and Ukraine.

In terms of vehicle type, passenger vehicles, buses, and trucks recorded a 62%, 71%, and 74% growth respectively, compared to the same period of last year.

​
Looking at the sales record of car OEMs, BYD topped the global ranking, outperforming Tesla, thanks​ to the booming electric vehicle market in China. Along with BYD, lots of OEM makers in China recorded a high growth compared to the same period of last year.
Meanwhile, among other global OEMs, TESLA, HKMC, Stellantis, Renault-Nissan, and Ford put up a good fight, whereas VW, BMW, Daimler, Toyota, and GM recorded a little sluggish sale.
[EV (BEV+PHEV) Sales Record by Car OEM ]      ​ 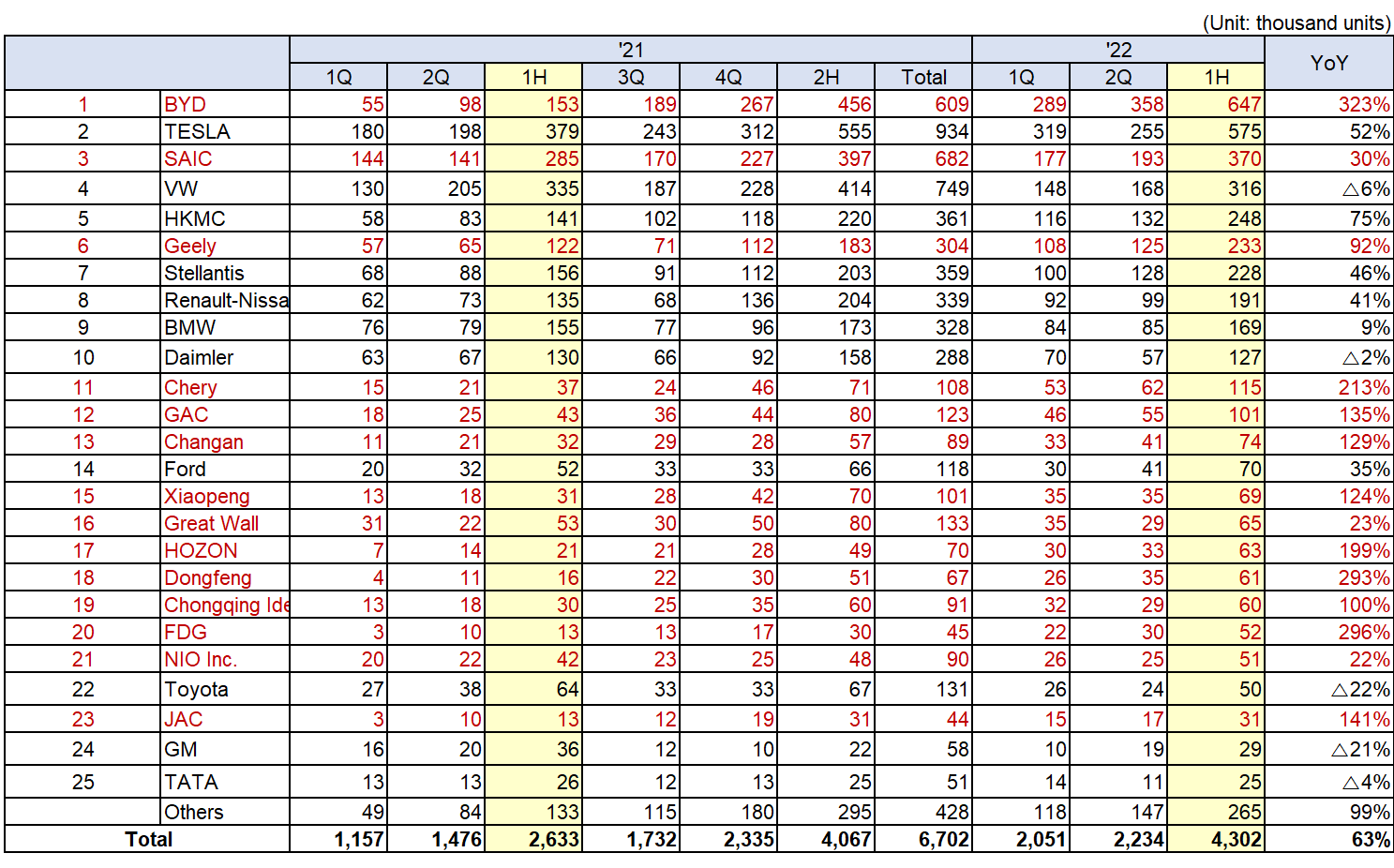 In 2022 1H, the market of batteries for electric vehicles recorded 202GWh, a 76% increase from the same period in the previous year.

A boom in the electric vehicle market of China has led the battery makers in the nation to enjoy a high growth. Among the other battery makers than Chinese cmpanies, SK On and SDI posted a 124% and 50% growth respectively, but LGES and Panasonic have seen their growth rate slowing down.

Boasting the sales of 69GWh, CATL widened the gap with the 2nd players’ group and kept its matchless, top position. BYD moved up the list and ranked 3rd, thanks to strong sales of its own electric vehicles. The 2nd tier companies such as CALB, Guoxuan, and Sunwoda also marked a high growth.
[ Sales Record by Battery Maker] 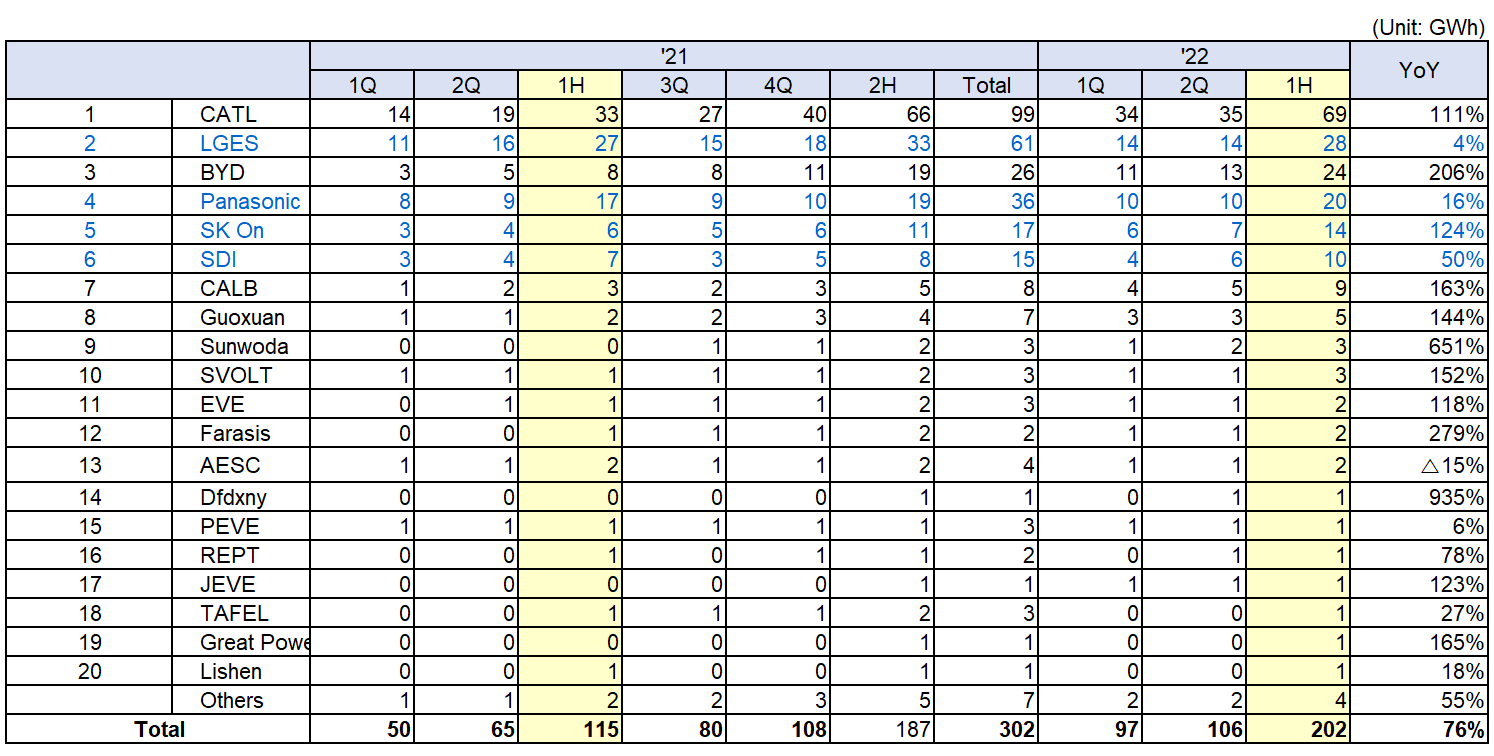 The sales record of battery makers in the global marker excluding the China market, LGES and Panasonic ranked 1st and 2nd respectively, while CATL and SK On, propped up with their high growth, have expanded their stakes even in the global stage.
[Sales Record in Non-Chinese Market by Battery Maker ]

In terms of chemicals used in battery manufacturing, the proportion of LFP has kept increasing and reached 33% in the first half of 2022.
[Record of Battery Chemical Use ] ​
​

[1] Sales of electric vehicles in 80 nations are aggregated.